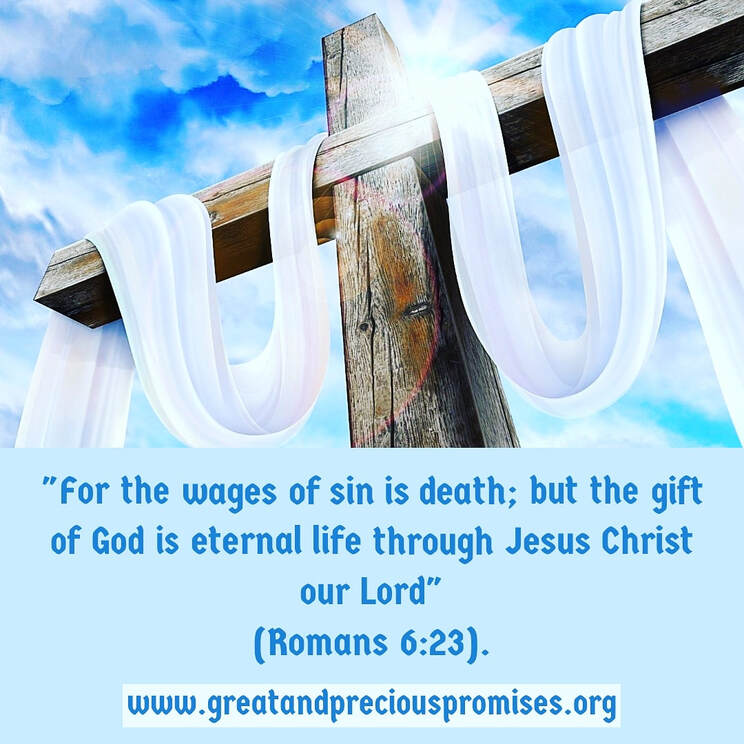 ​"That if you confess with your mouth the Lord Jesus and believe in your heart that God has raised Him from the dead, you will be saved. For with the heart one believes unto righteousness, and with the mouth confession is made unto salvation. For the Scripture says, “Whoever believes on Him will not be put to shame.” For there is no distinction between Jew and Greek, for the same Lord over all is rich to all who call upon Him. For “whoever calls on the name of the Lord shall be saved”" (Rom. 10:9-13).

"And he brought them out and said, “Sirs, what must I do to be saved?” So they said, “Believe on the Lord Jesus Christ, and you will be saved, you and your household.” Then they spoke the word of the Lord to him and to all who were in his house" (Acts 16:30-32).

"For God so loved the world that He gave His only begotten Son, that whoever believes in Him should not perish but have everlasting life. For God did not send His Son into the world to condemn the world, but that the world through Him might be saved" (John 3:16-17).

"Most assuredly, I say to you, he who believes in Me has everlasting life" (John 6:47).

"For by grace you have been saved through faith, and that not of yourselves; it is the gift of God, not of works, lest anyone should boast" (Eph. 2:8-9).

"Therefore let it be known to you, brethren, that through this Man is preached to you the forgiveness of sins; and by Him everyone who believes is justified from all things from which you could not be justified by the law of Moses" (Acts 13:38-39).

"Nor is there salvation in any other, for there is no other name under heaven given among men by which we must be saved" (Acts 4:12).